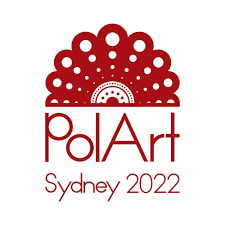 Polish traces in the world – Australia

Australia for centuries was considered an extremely distant land. Even today, this country with more than twenty million inhabitants is the least populated area in the world. More than 80% of Australia’s population lives in several East Coast cities such as Sydney, Melbourne and Adelaide. The rest of this large continent is practically uninhabited. However, it must be remembered that just over 200 years have passed since the first settlement of a new British colony was established in Sydney in 1788. In times when you traveled to the far Antipodes for more than 8 months, news from there was quite rare and often beyond verification. It is therefore not surprising that such a long journey and amazing stories about this wild land did not encourage too many Europeans to settle on the newly discovered land. Despite this great mystery, Australia attracts and tempts more and more people from all over the world to come.

Poles have also been emigrating to Australia for many years, although it has never belonged to the group of countries to which they would most likely emigrate. It was caused by the distance, travel costs and concentration of Polish emigration in the 19th and 20th centuries in the Americas and Western Europe. Poles emigrated to Australia from 1856, the first group came from Greater Poland and settled in the Polish Hill River in South Australia. Since 1988, the local church houses a museum of Polish immigration. The first Polish school was established in 1870 in the Polish Hill River.

The history of Poles migrating to Australia dates back to the second half of the 19th century. The southern part of the country was the main place where our compatriots most willingly settled. It is true that Australia has been of interest to Poles since the expeditions of James Cook and Jan Jerzy Forster, i.e. from the second half of the 18th century. In 1803, the first Pole, Józef Potowski, settled permanently in Australia. Unfortunately, he did not come there of his own free will, but was exiled by the British authorities for theft. Already in the first half of the nineteenth century, this country so vastly different from Poland – the continent – became a field of activity for Polish researchers. In the nineteenth century, when Australia was still a young British colony, the percentage of Poles arriving in the land of kangaroos was sparse, although there were also people who entered the country’s history for good. One of the most famous Poles was the Polish explorer and explorer Pawel Edmund Strzelecki. In the years 1839 – 1843 he explored the highest mountain range in the country, the Great Watershed Mountains. Thanks to Strzelecki, to this day the highest mountain on the continent, 2,228 meters high, is named after the Polish national hero Tadeusz Kosciuszko.

The first wave of emigration

In the times of the Great Emigration after the November Uprising, Australia turned out to be too distant a continent for Poles and they were more likely to travel to more distant countries of Europe or the United States. At that time, only a dozen or so families settled here permanently. In 1848, a group of 146 Silesian emigrants came to South Australia with the goal of establishing a Catholic settlement in this part of the world. The Silesians were joined by other Catholic emigrants who came later. In the 1850s, gold prospectors came to Antipodes. At the end of 1914, Bronisław Malinowski began his research in this part of the world, who came to Australia with Ignacy Witkiewicz, who was to support the researcher as a draftsman and photographer, but the outbreak of World War I caused “Witkacy” to return to Poland. During Malinowski’s research, the main centers of the Polish community in Australia were Sydney, Brisbane and Melbourne. The first Polish diaspora organizations were established in these centers to cultivate Polish traditions. In the period between World War I and World War II, Poles came to Australia from time to time, but these were usually individuals or smaller groups. In the interwar period, our artists visited Australia, mainly musicians of such a class as Ignacy Paderewski in 1927 (for the second time successful on this continent) or Artur Rubinstein in 1937, whose performances were very successful. In view of the increasing number of Polish emigrants, there was a need to open a Polish diplomatic mission in Australia. The Polish Consulate was established in 1933. Władyslaw Noskowski was appointed the first consul general for Australia and New Zealand.

Another large wave of emigration to these regions of the world took place after the Second World War. However, the Polish diaspora was not particularly numerous at the time. In 1947, there were approx. 6.5 thousand people in Australia. people born in Poland and this number remained relatively constant. It was only in the years 1947-1954 that the mass emigration of Poles began. Australia became the main destination. It is estimated that the number of people leaving there at that time amounted to approx. 50 thousand people. Most Poles were then in the state of Victoria. So we can say that a significant influx of Poles to Australia took place only after World War II, when veterans of the Polish Armed Forces in the West and other Polish citizens settled here, the total number of which was estimated at over 50,000. people.

The third wave of emigration

The next larger wave of emigration took place during the martial law period and over 25,000 immigrants came to Australia during this period. people. In the 15 years after the political changes, about 10,000 people came to Australia. Poles, and then the influx of immigrants decreased significantly. According to the latest data, the Polish community in Australia has approximately 190,000 people. The main social group whose influx to the local area is currently the largest are young people. Most of them emigrate to study or look for work in the so-called contracts. A significant number of them declare that they will apply for a permanent residence visa during their stay in Australia. The data obtained from the Consulate General of the Republic of Poland in Sydney show that the largest concentration of Poles is in the state of Victoria (approx. 55,000 people). The second place was taken by New South Wales with 48,000 countrymen. 24,000 Poles decided to settle in Queensland.

The fourth wave of emigration

The fourth wave of Polish emigration to Australia, which began after 1989, continues to this day. However, compared to the post-war or post-Solidarity emigration, it is not related to emigration for political reasons, but because of choice. The immigrant population of Australia of Polish origin, who came to the country mainly for economic reasons, accounts for approximately 1.08% of the country’s population. According to data from 2006, there were 52.2 thousand people in Australia. people born in Poland (95.3% of them had Australian citizenship) and 163.8 thous. people of Polish origin, while the Polish language was used at home by 53.4 thousand. people. The largest concentration of the Polish community was the state of Wiktoria (52.1 thousand people); after him New South Wales (46.6 thousand) 70% of the Polish diaspora speak Polish. Most Poles live in Melbourne (16,440), Sydney (12,515), Adelaide (5,860) and Perth (5,142).

According to the 2016 census, 183,974 people replied that they had Polish roots, of which 110,680 admitted that both parents were born in Poland, 18,032 admitted that only the father was born in Poland, 12,797 admitted that only the mother was born in Poland, 40,782 admitted that both parents were born in Australia, but have Polish roots. Of all Poles and people of Polish descent in Australia, 48,083 use Polish at home. Today, Polish diaspora education is conducted within 20 Saturday schools, schools receive funding from state budgets. As I have already mentioned, the largest Polish communities are located in Sydney and Melbourne. According to the Poles living there, their community functions very dynamically. It is a well-organized group of people that works without major obstacles in the areas of education, culture and mutual aid. Thanks to an efficiently functioning multiculturalism policy, Australia has become a place that accepts and supports the activities of individual ethnic groups on its territory. Therefore, Poles could set up various types of organizations, e.g. social welfare, sports clubs, associations, schools, scouting, dance groups, religious centers or Polish magazines. Some of them are associated in the General Council of the Australian Polonia. Currently, the majority of new emigrants are young Poles who come to Australia to study and some of them stay here permanently. The most famous representative of this group is Tomasz Bajer, better known as a “chick” from the movie “Boys don’t cry”.