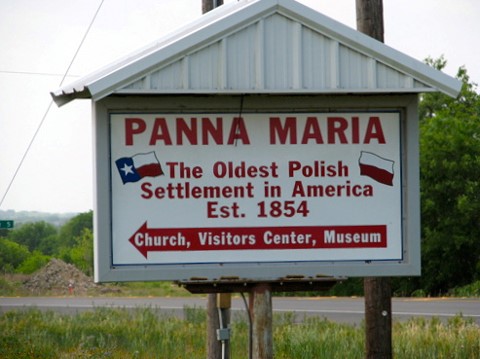 Our journey in the footsteps of Polish settlers in North America started in Jamestown, Virginia. Today we will follow those footsteps all the way to Texas.

And why there, to the south-west state so far away from the east coast where ships with the first settlers came in? Well, as I mentioned in the previous post from the series “Poles in the world”, life in the Jamestown settlement was very difficult and dangerous. In 1622, the Indian attack caused the deaths of 350 men, women and children. In addition, the settlers also killed the natives and the pattern kept repeating every few years. The settlement was also looted, burned, flooded by the river and could not be expanded because it stood in the swamps. In 1693 a decision was made to move the settlement to another place in the area of ​​today’s city of Williamsburg. Many of the pioneers have also decided they will travel farther in search of better places to settle, moving to the lands where today are the states of Ohio, Pennsylvania, Kentucky, Illinois and of course Texas. Among them there were also Poles. In addition to that, more emigrants started coming to North America in 1870-1924 3. Almost 6 million people left Poland for economic and political reasons.

Our invaders did not care about the economic development of territories inhabited by Poles. The Polish population in Galicia, especially in the Austrian partition, lived in unimaginable poverty today, 31% of the emigrants were from Galicia, 33% from Prussia and 36% from the Russian partition. The political cause of emigration was the forced enlistment of Poles into the armies of the partitioning powers. Imagine that, for example, in the Russian partition forced military service lasted for 25 years, and so often the rest of your life.

In the years 1911-1914 about 25% of the hungry Polish population of Galicia emigrated to the cities of the Midwest of the United States. Polish emigration to Texas began in the early nineteenth century, i.e. at a time when the United States was forming a strong and unified state. The more affluent and educated Poles emigrated to Western Europe; the poorer sailed to America, seeking work and stabilization in a new country. In 1817 about 400 people, Poles and French, succeeded in Spanish then Texas and settled in Louisiana and Texas. In 1806, some Polish soldiers from San Domingo, and later participants of the November Uprising in 1831, also went to Texas. But the oldest group of Polish settlers in Texas – pioneers of the “Wild West” was a group of emigrants from Silesia, who in 1854 founded the first Polish colony in Texas – Panna Maria. Where did they come from and what happened next, what was their fate?

A history of the settlement

Panna Maria is the first completely Polish settlement on the American continent. Its history began in the mid-nineteenth century when the settlers, or actually the first group, on the appeal of the organizer of the whole expedition of priest Leopold Moczygemba set off from Płużnica Wielka near Toszek, near Gliwice. 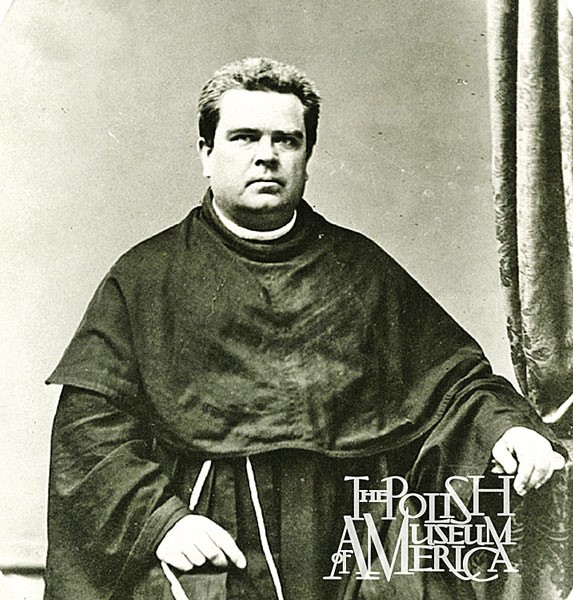 The vision of the new promised land, skillfully fueled by recruitment agents, quickly grew in popularity among the local peasants. The letters of the priest Moczygemba describing Texas as a magnificent land with large perspectives for new settlers also played a large role. On the ship departing from Bremen there were Dziukowie, Labusowie, Jantowie, Gabrysiowie and many other families. In total, the first group of colonists numbered about 150 people. They set out on the road in 1854.

After an exhausting trip across the Atlantic, they arrived at the port of Galvestone in the Gulf of Mexico. Their journey inland lasted the next few weeks. The first group of pioneers came to the place where the Cibolo river flows into the San Antonio River, 60 miles northwest of the city of San Antonio. After a two-week march, the newcomers finally reached Father Leopold. The symbolic beginning of their stay was the Christmas Eve mass, celebrated by Moczygemba in the Cibolo river valley. At that time, the first purely Polish settlement in the USA was founded: a village called Panna Maria.

The appeal of Father Leopold in the next two years had even greater response. At that time, over 2,300 Silesians went to Texas. Many Polish names appeared there – Moczygembów – because priest Leopold had seven siblings, some of whom also came to America, but also Jaintów, Dupniki, Piers, Dziuk and Jarzombków. A newspaper appearing in Silesia – “Ziastun Górnośląski” in a very idyllic manner described in 1870 the life of emigrants in a new colony: “The Marian Parish counts nearly 109 Polish families. Everyone is involved in the role, for the most part they sow cotton, this huge profit brings them; corn here is ordinary grain. All the vegetables grow as most as possible, potatoes, cabbage, lettuce, etc., melons and watermelons in the most beautiful species and so abundantly that even there is no price on them. From fructos or fruits, the most peaches in different species, there are plums and figs, but not everywhere. ” That’s just a newspaper. However, the life of the Silesians in Texas was not at that time as beautiful and carefree as described above, a new unknown country, different climatic conditions, the danger of attacks by Indians, various abusers and vagrants.

In 1856 and 1857, Texas suffered a severe drought, forcing many colonists to leave the state. The rattlesnake, which they themselves called the pincers, teased the settlers. As long as the settlers did not learn what the high-heeled shoes and the hard heels were used to wear, many of them died from the bites of these snakes. Diseases, for example malaria, were also very dangerous. Organizing in a new country, Silesians found a serious problem – Texas lies in a completely different climate than Opole, on the geographical latitude of Egypt. The land needed to be cleared, and the grain brought from the homeland was unsuitable for cultivation. Drought, which visited the area just after their arrival, caused hunger to look into their eyes. Colonists, however, quickly showed that the Poles can cope. To have bread, they learned to grind corn with hand grinders. Soon they were growing cotton and sugar cane and cattle breeding.  During the Civil War, most of the Silesians supported the side of the North, many also fought in the ranks of the Union. When the war was over, the Silesians did not have many friends in the South. Bands composed of the survivors of Confederate troops terrorized newly formed settlements.  In the 1950s, deposits of oil, gas and uranium were discovered in and around the city of Miss Maria, their robotic mining caused many problems for the inhabitants, especially problems with radioactive waste storage close by – people were dying, animals were dying. Thanks to the local community gathered around the priest, the interest of the media and the help of law firms, it was possible to force at the concern that exploits deposits solutions limiting the negative impact of uranium mining on the lives of residents.Currently, Maria is a tiny settlement with fewer than 100 families, a few still carry the name of Moczygemba, they are the descendants of priest Leopold’s brothers. In a small museum they sell souvenirs, and one of the oldest brick buildings – once a grocery store of a certain Snoga – you can rent and arrange a barbecue. 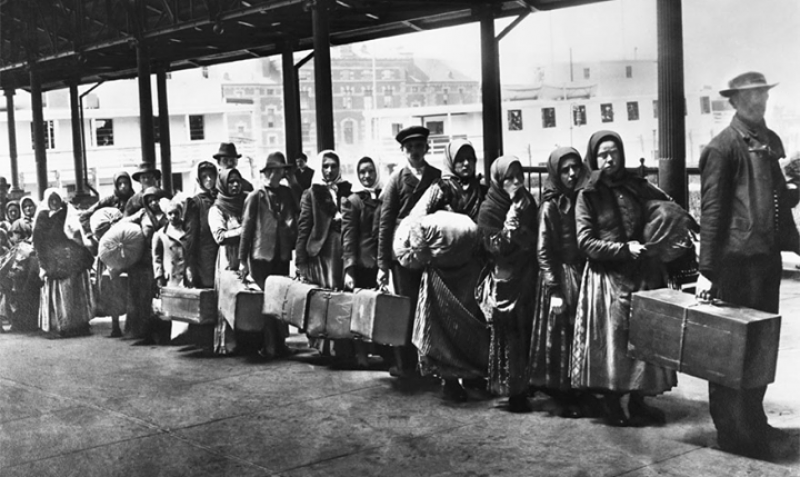 In addition to Miss Mary, there are several places in the state of Texas associated with the Polish settlement, such as Cestohova – a small town in the USA, in the southern part of the state of Texas, southeast of San Antonio. Agricultural settlement, founded in 1873 by 40 families of Upper Silesians from the nearby village of Panna Maria. The inhabitants of the Virgin Mary also founded in the later years nearby settlements Pawelekville, Kosciuszko, Cotulla (named after Józef Kotula), St. Hedwig (from Saint Jadwiga – the patron of Silesia), Falls City.

Descendants of the first settlers can be found in Bandera or Yorktown. There are also many Poles in San Antonio. The parish priest in Floresville is Franciszek Kurzaj – a Polish priest from Sławięcice in the Opole region, who in 1986 left to work among emigrants. Previously he was the parish priest of the Virgin Mary. It was Kurzaj who, at one time, went to Chavron’s headquarters to intervene in the matter of the growing radioactive threat in the Virgin Mary. In 2004, Polonia Teksaska celebrated the 150th anniversary of establishing the small town of Panna Maria in Texas, one of the first Polish colonies in the USA, by Fr. Leopold Moczygemba.

Other parts of Texas

In 1855, 700 more people arrived in Galveston, and in 1856 over 500 people. Soon after, the more enterprising Poles reached Houston. After the First World War, with the increase of the Polish population coming from the agricultural regions of southern Texas, there appeared a need to build a cultural center in which one could celebrate Christmas and historical Polish anniversaries. Several Polish affluent construction contractors have therefore borrowed money for the construction of the first Polish House in the Heights district at 6th and Studywood. After the construction of the Polish Home there were offices of the newly established branches of the Polish National Association and a Polish school for children. Here, for many years, Polonia celebrated national and ecclesiastical holidays, here masses were celebrated in Polish.

The economic crisis in the 1930s had a very negative impact on Polonia in Huston. There were great problems with finding a job, however, Polonia survived this period. The situation improved after the Second World War. The economic bloom of Houston and the development of the oil industry and the related chemical industry have drawn Houston to Polish farmers from southern and central Texas. The number of Polonia in Houston began to increase again. Looking from the historical perspective, the golden age of Polish emigration to the USA was the period before the First World War, when there were no immigration restrictions.

In 1949-50, a new wave of Polish emigration came to the United States. It consisted of people who went through a lot during the war, which the war took years usually spent on getting education, people expelled.

The Polish emigration of Solidarnosc times to Texas and Houston began on January 21, 1982, when fourteen members of the Polish ship Zabrze (among others, pp. Cieszyński, Wachowicz, Szczepkowski, Zamoyski) ostentatiously left the ship in the port of Houston as a sign of protest against the establishment of in Poland, “martial law” and the imprisonment of members of the Solidarity Trade Union. US emigres granted all asylum, while the Congress of Polonia of Texas organized a demonstration in December 1981 in front of the Houston City Hall in protest against the establishment of martial law by the Polish authorities and the arrest of members of Solidarity.

Today, over 200,000 people are admitted to Polish roots. Texas residents. Many of them are descendants of the families of the oldest emigrants. 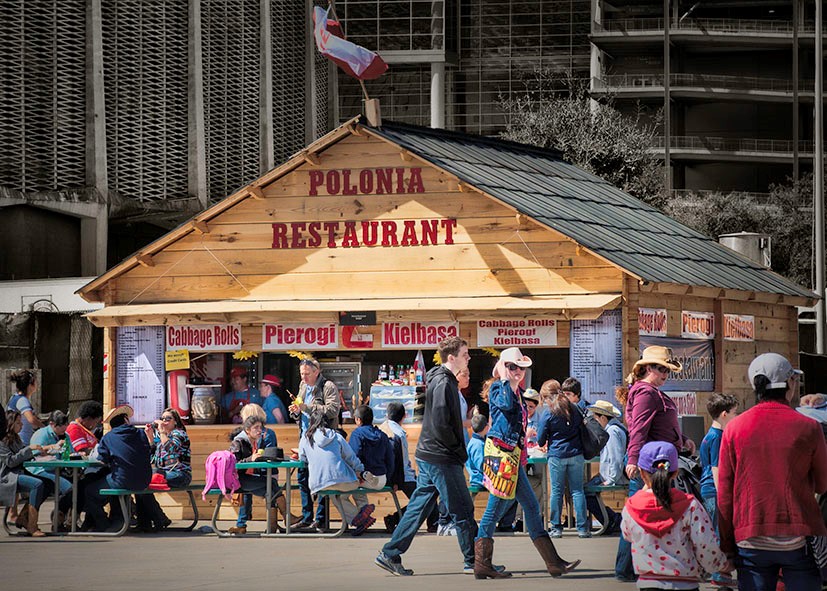 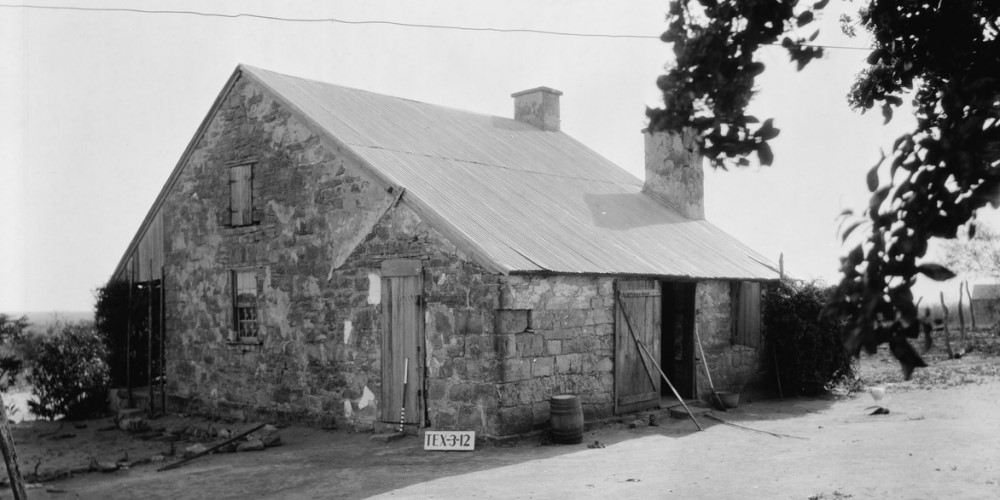 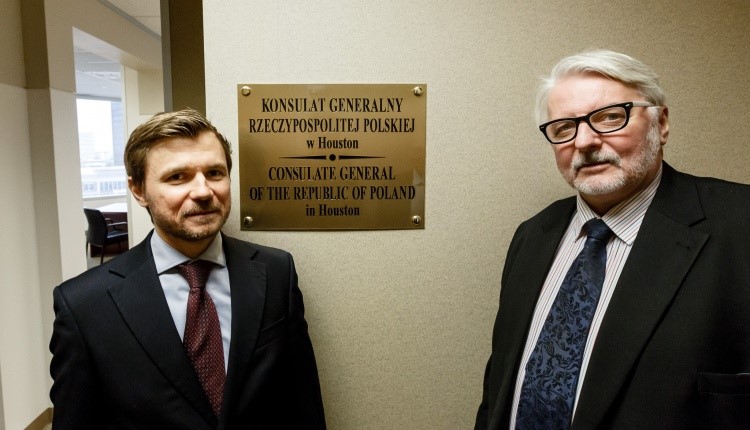 Consulate General of the Republic of Poland in Houston – Texas 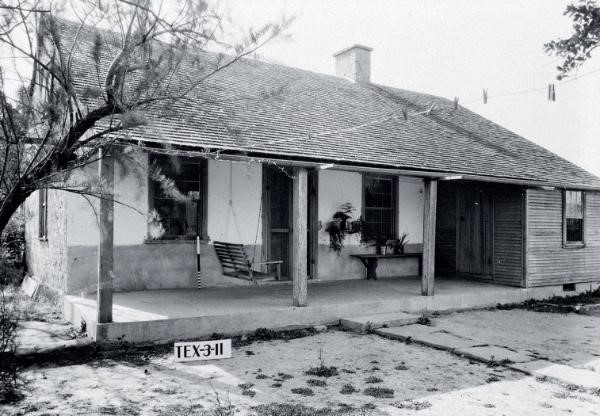 The Urbańczyk House in the Virgin Mary, Texas, 1936. Currently, the museum

A family of settlers in farming